This blog post is part of the Ten Minutes series 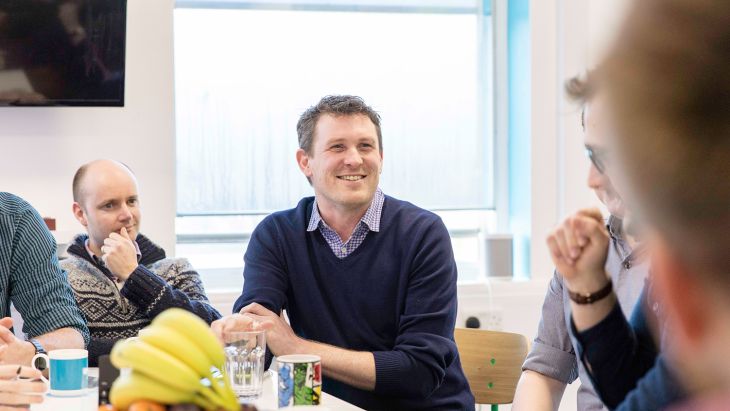 A tennis ball, some lighter fluid and a ready supply of coke

Andy has always been an innovator, seeking to use his entrepreneurial and creative skills at any given opportunity.

His early years in St Albans included multiple invention attempts. His dad's shed was raided for parts for his prototype automated curtain openers and a homemade burglar alarm for his room.

There was even a tennis ball gun made using a drainpipe, a supply of tennis balls, an empty Coke can and some lighter fluid (and he lived to tell the tale).

It wasn’t long before Andy’s dad become somewhat disgruntled at the constant raids of his toolkit / garage / shed and Andy’s passions were gently directed towards the world of technology.

He still owns his first gadget - a pager. And it wasn’t long before Andy was writing programs in Basic on his IBM 5150 computer.

Armed with his IBM, an Ericsson GF768 mobile and an N64, Andy headed off to Sussex University to study Computer Systems Engineering.

It was at uni that Andy’s greatest skill was honed and developed - his enviable prowess at Golden Eye on the N64. Who needs a University Education anyway? Being a Bond badass sets up for life surely?

Realising the lack of career opportunities as a Bond gun-for-hire, Andy followed graduation by starting out as a youth worker, then as an IT manager for a charity in Eastbourne.

Alongside these roles, he started his first business in his spare time - Web and CD-Rom (remember those) development. Over time, this expanded and he started several small companies doing Video - DV Transfers, and then floor plans and panoramic photos for Estate Agents.

With the launch of the first iPhone and the advent of mobile apps, Andy spotted the potential in app development but realised the technical challenge lay outside his own abilities. So, he recruited two developers and started Brightec.

Brightec initially focused on both Drupal development alongside mobile apps before streamlining the business to focus almost entirely on app development in the last few years.

As the business has grown and matured, perhaps the greatest thrill for Andy has been the growth and maturation of the team itself:

“I love working with people who are better at what they do than me. I get to pull together a team to achieve amazing things and develop a company culture that is different from what you generally see”

More than anything, Andy loves seeing his team fulfilling their potential:

“I know I'm doing a good job and things are going well when my role in the company is making the tea and taking the bins out.”

Outside of the office, Andy will most likely be found with his wife and kids enjoying fishing, cycling, BBQing or taking their little inflatable boat out in the Adur river.

If you had a limitless budget, time & technology what is the one app you’d build?

This is the one question we ask all our staff, with often innovative and inspirational answers.

Andy’s response was somewhat more cryptic - a blank poker face, an exhalation of breath and shuffling of feet... That was it.

It’s obviously top secret. Maybe Andy is a Bond style gun-for-hire after all?

Enjoyed this post? Why not check out the next in the Ten Minutes series 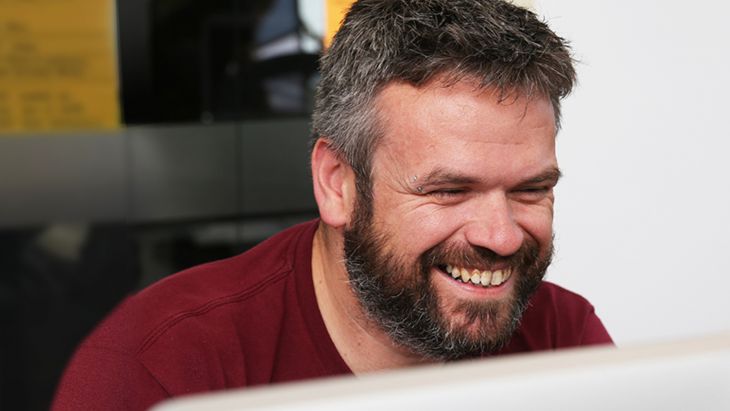 A chance to meet and learn about our multi-track man Steve.