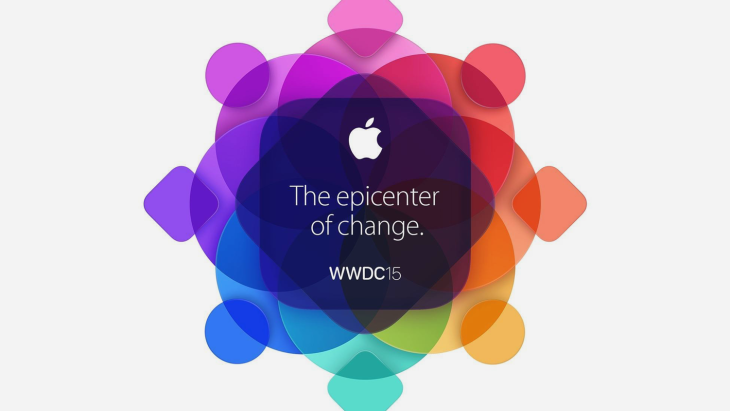 Of course, a new iOS. So was this just to be a spring clean or would iOS9 offer some genuine innovation? First impressions are that the latter is true. Some of the main highlights:

Yep. So in short you can run two apps side-by-side. For example, you'll be able to watch a video using picture-in-picture while working in another app. Not bad eh?

This will include (amongst the usual offering) an Apple News app (think Flipboard). Apple News will offer curated content from popular sources with extremely rich articles.

Passbook has been rebranded Wallet and not only stores credit-cards and tickets, but now also shopping loyalty cards and store cards.

Apple Pay is coming to the UK at the end of June and will be supported by most banks (with Barclays being the most notable exception).

Also, they'll be a mass transit view in Apple Maps with multi transit routing, including walking time between waypoints.

An improved and proactive Siri is definitely good news. She'll (if that's your preference) now suggest results based on time, location and what Siri knows about your habits (beware).

Supposedly iPhones will receive an extra hour of battery life.

Possibly the most stupid name for an OS ever? Don't be put off though, El Capitan has plenty to look forward too (and of course it's free, not to be sniffed at). Some highlights:

As expected they've very quickly launched a second OS for the Apple Watch. They've moved quickly to rectify some of the weaknesses we mentioned in a recent post (possibly not solely, or even partly, in response to us). The headlines:

These and other advances should allow for much richer and functional watch apps. Watch this space.

Spotify v Apple. It's on!

Artists can use the platform to reach their fans directly using the Apple Music Connect. This social media element allows artists signed and unsigned to share content, music, photos, video etc in a social environment. Similar to the failed iTunes Ping.

Apple Music will offer radio stations hand curated by, like, actual people. This selection of DJs will select not based on genre or style but on what songs work together.

As part of this - Beats1 Radio. A new global, 24hr radio station featuring Zane Lowe amongst others.

Not forgetting, of course, Swift 2 - a new Swift programming language and, perhaps most surprisingly, it will be open source. Gee. We'll have much more to say on that for sure.