Why build a TV app? 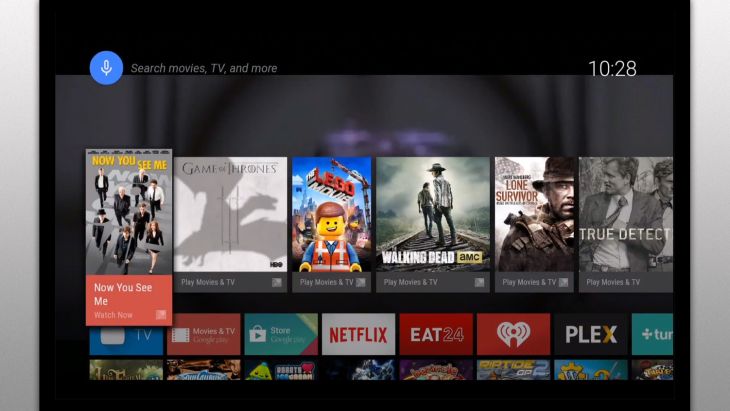 In this article we take a look at four good reasons why you should invest in a TV app.

The future of TV is apps

The ‘Future of TV is apps’. That was the bold claim from Tim Cook during September’s Apple keynote address and launch of the Apple TV v4.

This claim could be written off as mere hyperbole; a carefully crafted exaggeration designed to further Apple’s own ambitions. Even if that’s true, it wouldn’t be the first time Apple have successfully engaged in self-fulfilling prophecies.

However, what does this mean for you? Does your organisation need a TV app?

Your initial reaction is most probably; ‘no’ or ‘it would be nice but, no’.

'Surely unless we’re primarily video driven what’s the point? We’re not Vevo, Netflix or HBO so why bother?'

Well, let’s take a look at a few reasons why investing in a TV app might be worthwhile.

1. TV is regaining its place as the primary home entertainment device

At the end of last year Time magazine reported that the average American is watching 12 minutes less TV every day. They speculated on the slow, precipitous ‘death of the TV’ and citied factors such as the Apple TV and Netflix as a significant factor with 2.6 million American households now classified as ‘broadband only’.

However, rather than services such as Amazon Fire TV, Android TV & Apple TV killing the TV, maybe they are it's saviour after all? Sure, traditional TV channels and programming is still under significant threat but a world without the TV as the centrepiece of every living room now looks once again unthinkable.

Where TV viewing has been in a slow decline and internet activity has steadily increased these are now (finally) merging together into an irresistible entertainment force.

2. The internet of things

Of course, the other emerging digital trend is the ‘internet of things’.

This increased connectivity of household and office objects is at present driven by devices such as the Amazon echo, but what if your TV became the bright, beaming command centre - the centre of operations for your home?

We could all have our own White House Situation Room - our sofa (with chips & dips) placed in front of our digital communications hub. From here we are not only entertained, but can control and manage family activities and household objects.

So, not only could your TV be regaining it’s place as your primary entertainment platform, it could also be taking a new position as a vital life management tool.

Not convinced? Well, perhaps the new Siri enabled Apple TV controller or the voice enabled remote for Amazon Fire TV will convince you. No more rubbing the batteries and desperately squishing faded buttons on your remote, utter a few simple commands and you’ll have the weather forecast, the squad list for your football team or the latest stock prices right in front of you.

3. Ahead of the curve

Now, the above two points may seem perhaps somewhat fanciful but perhaps that is a reason to invest in an app now rather than wait two years (when the app market maybe hitting saturation point).

The opportunity to stand out and get ahead of the game needs little further argument.

Are these innovators and early adopters merely ‘jumping the shark’ or do they hint towards TV Apps becoming a leading marketing offering of many (if not most) companies & organisations?

Clearly gaming is a significant part of Apple’s plans for TVOS.

Only this week they released five adverts on their YouTube channel promoting Apple TV of which three were for games: Crossy Road, Star Wars - Infinity Edition & Asphalt 8.

This might not readily convince you to invest in a TV app, but this focus on games is a deliberate play by Apple to eventually challenge the supremacy of games consoles and capture the full attention of the youth market.

Apple TV won’t just be for affluent hipsters and mid-life executives but for kids, teenagers and basically the whole family. The television has always been the entertainment device for the whole family and Apple are just recreating this for future generations.

What better place to place your brand?

If you're considering investing in a TV App for Android TV or Apple TV then why not get in touch. We'd love to talk you through the options and see if we could help.