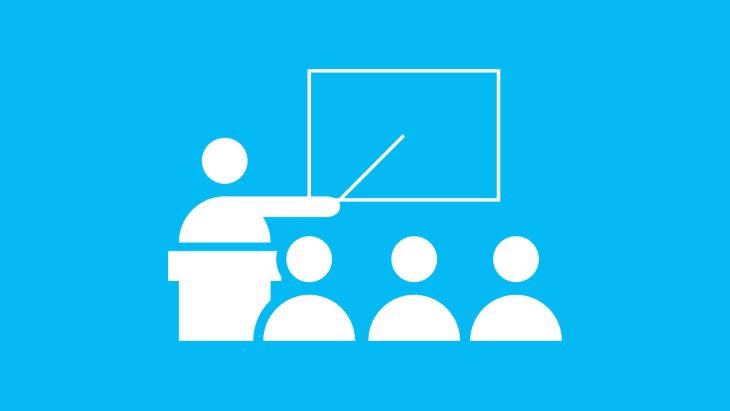 Some simple and fun guidelines to help you get the most out of your team’s scrum meetings.

Scrums are punchy yet planned

Like many other design and development agencies, here at Brightec we hold a daily scrum (aka daily standup). It has become a crucial part of team’s daily workflow.

Although they appear short, punchy and simple; it takes a lot of planning & constant tweaking to get the most out of them.

Our team are usually receptive to new ideas. But it can still be a hurdle (particularly I’d imagine for bigger teams) to overcome the association people (incorrectly) make between a daily scrum and a progress meeting or ‘status update’.

We're not hierarchical at Brightec, so we didn't have to find ways to reassure the team that it wasn’t just a time for managers to check up on them.

However, we did struggle to find a way to get others to take some ‘leadership’ and decide what order we would speak in. I hated being the instigator of that, it felt like the line between scrum master and manager (which I'm definitely not!) was getting too muddy.

So we've created some guidelines for the daily scrum:

The scrum is a team update, we use it to:

For example, 'I need to have a catch up with Josh and Alistair about ..'. This makes all the relevant people aware (and between the team) it’s our responsibility to organise that without disrupting the meeting.

A few general guidelines we can experiment with:

We tend to follow the format of the remote people going first (in alphabetical order) and those in the office using a dice to pass 'turns' to whoever they chose to speak next.

A great guide to the daily scrum can be found in Mike Cohn's excellent book - Surviving the Daily Scrum.

The book gave me some great ideas that we'll try out with Brightec to keep our scrum fresh and effective:

Use a quiz to see who’s really listening - Cohn used a $5 gift card as a prize for whoever could answer a random question from the scrum. For example, "Who said they need to meet with Nick after the meeting?'

The idea is to help get the team into the habit of focusing on the rest of the team’s update.

Pass the weight - Some teams pass a weight around, light enough to hold for a short time but heavy enough that you don't want to talk for too long!

A prize for whoever is most often first to the scrum - Cohn cited a case study in which a whole team was promised lunch if every member was on time for the length of a sprint. It had great results in terms of punctuality, team bonding, and self-organisation as everyone took responsibility to ensure that no one was late.

A soundtrack - How about a Scrum soundtrack? Imagine a sad noise when someone starts to talk about something outside of the scrum guidelines or a celebration sound when someone updates the team they made great progress on a task.

How long did that take?

Our daily scrums can be awkward at the end. The conversation can fizzle out and we'll stand around not sure if it has ended or whether to hang up the video call.

Another recommended idea is to announce how long the daily scrum took. Cohn believes that makes people feel more positive knowing how little time out of their day it was.

When we first started having a daily scrum I struggled with finding things to tell the team I was going to do. The KEY thing I have learned is that it doesn't matter what I'm doing, it's what the team is doing (or intend to do) and finding what I can do to enable them to do so.

Anyone else out there picked up any useful lessons from your daily scrums? Let us know!