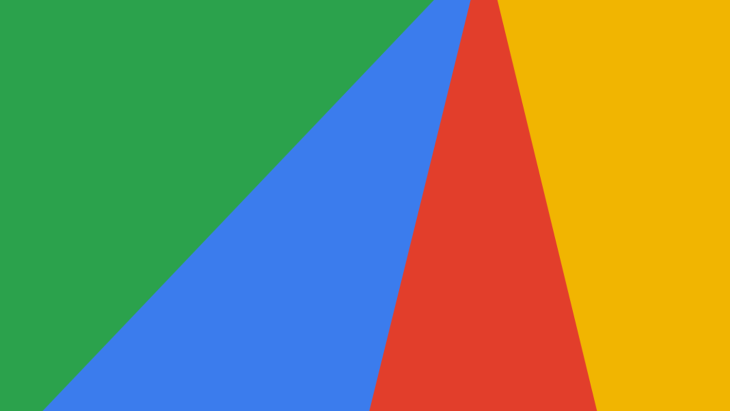 What did Google announce at their recent annual press conference?

That time of year

We’ve hit that time of year again; no, not Autumn (well, yes but…) we mean the the big news from Google.

It’s usually about this time that they announce their upcoming releases, and this year is no different. However, much to our delight, this time they streamed their press conference on YouTube.

This years line up was mostly expected although a couple surprises did catch us off guard.

As predicted, Google decided to launch two Nexus phones this year. Both of these were sequels to current popular devices; the Nexus 5X and the Nexus 6P.

These phones are high-end devices which aim to provide a superb and pure Android experience and to guide other manufactures in exactly what an Android device can be capable of (within a reasonable price bracket).

Throw in a few splashes of colour and useful looking cameras and these devices are set to be rather popular amongst Android enthusiasts.

Here is a run down of the specs:

The aforementioned splash of colour its partly provided by their casing offerings - the Nexus 5X comes in carbon black, quartz white, ice blue and the Nexus 6P comes in aluminium, graphite and frost.

Both of these devices will also make the most of Androids new sensor HUB technology. In short, this means all sensor processing will moved off of the main CPU, hopefully allowing for less power usage for sensors and hence - better battery life.

The Nexus 5X and 6P will also have fingerprint sensors, dubbed Nexus Imprint. This looks to be very fast (less than 600 milli secs) and will be open to be used by other apps. Of course, both will come with Android 6.0 Marshmallow.

We cannot wait to get our hands on these devices and really try them out. They are looking to be great phones for a wide range of preferences.

There are some exciting new features coming to Google Photos over the next few months.

The best feature (in our opinion) will be actual shared albums (their previous offerings have been tame in comparison).

These new, highly collaborative, shared albums will enable you to share an album with your friends and family. They’ll be able to contribute to it and you’ll all be notified when others do.

Family holidays, evenings out and student parties (gulp) will never be the same again.

The Chromecast device is basically more of the same, but with better wifi performance (please, please) and a slick new design.

Chromecast Audio is similar (not just in looks) to the Chromecast device. It will essentially work in the same way except (as you’ve probably guessed) it will only output audio not video.

You hook up the Chromecast Audio to your existing speakers; through 3.5mm AUX, RCA or Optical and then you can wirelessly cast music throughout your home. So simple it’s kinda surprising we’ve not seen this from them before.

Chromecast comes in at £30 (as with previous incarnations) and Chromecast Audio follows suit at the same price.

Along with these improvements to the hardware, Google has also redesigned the Chromecast app itself. It now includes improved content discovery through a multi app search, better app discovery with an easy list of Chromecast enabled apps and device controls like play, pause etc.

Google has also allowed developers to do some clever pre-fetching of videos, meaning that load times should start to reduce.

Perhaps the biggest surprise during the announcement was a new tablet, and not only that but a non-Nexus tablet.

This tablet has emerged out of the Pixel team (i.e. Chromebooks) and looks impressive.

It is a 10.2”, √2 aspect ratio, 308ppi tablet with an accompanying keyboard. It will run Android 6.0 Marshmallow (not ChromeOS) and have a USB Type-C connection.

The keyboard looks super smart, with an 18.8mm pitch and 1.4mm travel. It will connect to the device via bluetooth and have a magnetic physical connection for attaching to the tablet.

While attached the tablet can have multiple viewing angles and will charge the keyboard, even though the keyboard has an approx. battery life of two months.

From this first fleeting glimpse, we’re seriously excited about the Pixel C. Pricing is set to be $499 (tablet) and $149 (keyboard). UK prices are TBC.

Alongside these other announcement Google also sneaked in a family plan for Google Play Music, which will be priced at $14.99 (UK prices TBC) and allow up-to 6 people to listen to music anytime, on any device and still get all the great individual features like tailored recommendations.

This is set to be launched later this year.