Are the benefits of automation worth the overhead of setting things up? 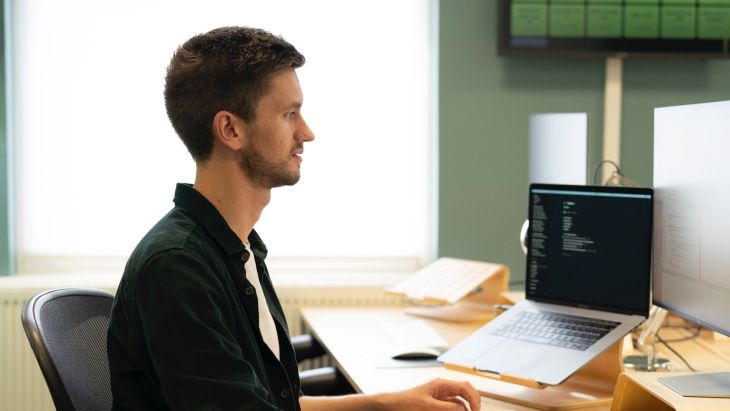 Why setting up automation is always worth it

We recently encountered a frustrating issue with calendars. Some of the team have two work calendars shared with two different organisations. Neither organisation is aware of the other calendar, so to avoid meeting clashes it’s necessary for those team members to block out meetings with Organisation A in their Organisation B calendar (and vice versa!). Personally, it’s a nightmare to maintain manually and has in the past led to missed or clashing meetings.

My first thought when I encountered this was - “I can automate it!” 💪

My second thought - “I don’t have time to set up automation for this!” 😳

As developers, we often find ourselves weighing up the benefits of automation against the overhead of setting things up. This is true for our personal workflows as well - I often have an idea of how I could automate various arduous tasks, but in reality, it’s difficult to justify doing so.

I ended up going with my gut on this one, and built a ‘calendar sync tool’ that automates the process. It turned out to be 100% worth it - and in this article, I’m going to argue that it’s always worth automating!

Automation can be difficult to set up because it’s hard to justify avoiding ‘proper work’ to get everything running. Luckily, at Brightec, we have two days a month blocked out for R&D. We use this time to explore ideas and try things out which we otherwise wouldn’t have been able to when focusing on client work. In the past, I’ve used this time to work on all sorts of ‘side projects’ - including a Google Meet attendance plugin, a zoomable image view for iOS, and even a Mars exploration VR game!

Last month, I spent a half-day creating my calendars sync tool using Google Apps Script. I then spent a couple of hours over the following week tweaking and fixing things. Without these allotted R&D sessions, I probably wouldn’t have ever created the tool. The idea would have been added to a backlog and never seen again! This has made me realise the importance of having regular, allocated time to work on ‘side projects’ like this. I’d advise you to try and find the time too!

Why it's worth it

We all have small, niggling blockers in our day that slow us down. It’s tempting to try and work around them, but it’s surprising how much all those blockers can have a sizable impact on productivity! My calendar conundrum was an example of this.

Now that the calendar sync tool is up and running, I’ve realised how beneficial it is to me. I no longer need to spend my mornings comparing calendars and manually blocking out time in each of them. I’ve saved so much confusion by ensuring meetings never clash - which in turn means I’m more likely to attend larger team meetings that can’t be easily moved. Impromptu meetings pop into my calendar with ease, and I no longer need to send awkward Slack messages apologising for my lack of attendance.

By committing some time to fixing my calendars issue, I also fixed a multitude of smaller issues. I got rid of a bunch of those small blockers in one fell swoop, and claimed back quite a significant amount of time in my day. I can say with confidence that it was well worth the half-a-day spent building the tool in the first place!

Tools to the rescue

When setting out to automate something, it’s important to be able to iterate rapidly. If you only have a day to spare, you don’t want to spend it installing and configuring libraries, or setting up a build pipeline! There are lots of tools that are well-suited for personal automation projects. Here are a few that I use myself:

Google Apps Script is “a cloud-based JavaScript platform that lets you integrate with and automate tasks across Google products.” It’s a perfect tool if you’re already invested in the Google ecosystem, and the speed at which you can get set up is incredible.

Xbar lets you put any output from any script in your macOS menu bar. It’s not the flashiest of automation tools, but it’s simplicity makes it really powerful. I use xbar to calculate and display useful bits of data - like a target number of project hours to complete in the day, and even an AI-generated todo list!

Here are some codeless services that I’ve used in the past that are also great for setting up automation.

There are so many mundane tasks in our day that could be automated, and the idea of setting something up can be daunting. But with a little bit of time, effort, and the right tooling, it is possible to build something useful. And when you do, you’ll be surprised how much time you’ll save!

Check out the google calendar sync tool on GitHub.