Why is design worth it?

We’ve recently had a few conversations here at Brightec about ‘why’ we do what we do. It's an important question that we often come back to time and time again, and the answer affects every area of our business.

I guess a combination of this thinking at a company level, mixed with the start of a new year and the self-reflection that goes along with it, I decided to spend some time thinking about some of the underlying roots of why design is my job.

I have ‘Belief’ in my top five strengths on the Gallup Strengthsfinder list. In a work context, this basically means that I tend to excel when I’m working on a project for a cause that I believe in, and that I struggle to create good work for something which I don’t ultimately care about.

I’ve seen this in my own career; certain projects have ticked all the boxes for me and I’ve been really proud of my output, whereas others have failed to win any meaningful level of passion from me and my work for them has been average at best. (Thoughts on whether or not you should take on projects you don’t believe in coming in the future...maybe). But beyond project specific belief, why do I even work in design at all? Why should I do any projects as a designer? That’s what this blog post is about.

Imagine a motorway with no signposts to tell you which exit to take or which direction to go; and no painted lines to tell you that there were different lanes to drive in. The result would be a huge increase in journey time and a drastic rise in road fatalities.

It’s an extreme comparison, but this is effectively what an app would be doing without investing in design thought. Users would spend far longer achieving their end goal, and you'd lose a lot of them along the way. This stuff doesn’t just happen. Somebody designed the way our road signage works. Margaret Calvert & Jock Kinneir designed the typeface and icon set specifically for road usage, so that it could be clearly read and understood at speed. By designing sign posts, they completely changed the experience of travelling in Britain for millions of people.

Don't fall into the trap of thinking designers just make things look nice for the sake of it. Aesthetics might be part of it, but ultimately designers are there to serve the people using the object in question.

Making the product look good is just part of the solution, and a necessary one too, since humans seem to all too easily reject things which don't appease their visual stimulus. Aesthetics should just be the top layer of a deeper design that helps people achieve something, learn something or enjoy something.

In that sense a great designer is inherently humble and empathetic towards others. We have to understand the problems that other people face, and help make it a little bit easier for them to solve them.

That’s why great design is often seemingly invisible. It does its job so well that nobody talks about it. It just works the way people intuitively expect it to work. The motorway signs aren’t making headlines, but the bad design of the Honolulu Civil Alerts screen is. The interface design wasn’t clear enough and as a result, instead of checking a test run of the system, a user unwillingly sent a message to every phone in the state of Hawaii telling them that there was an imminent ballistic missile threat and that everybody should seek immediate shelter! The user can’t be blamed, the design simply did not make it clear that one would test the system without informing anybody, whilst the option next to it would create state-wide panic. 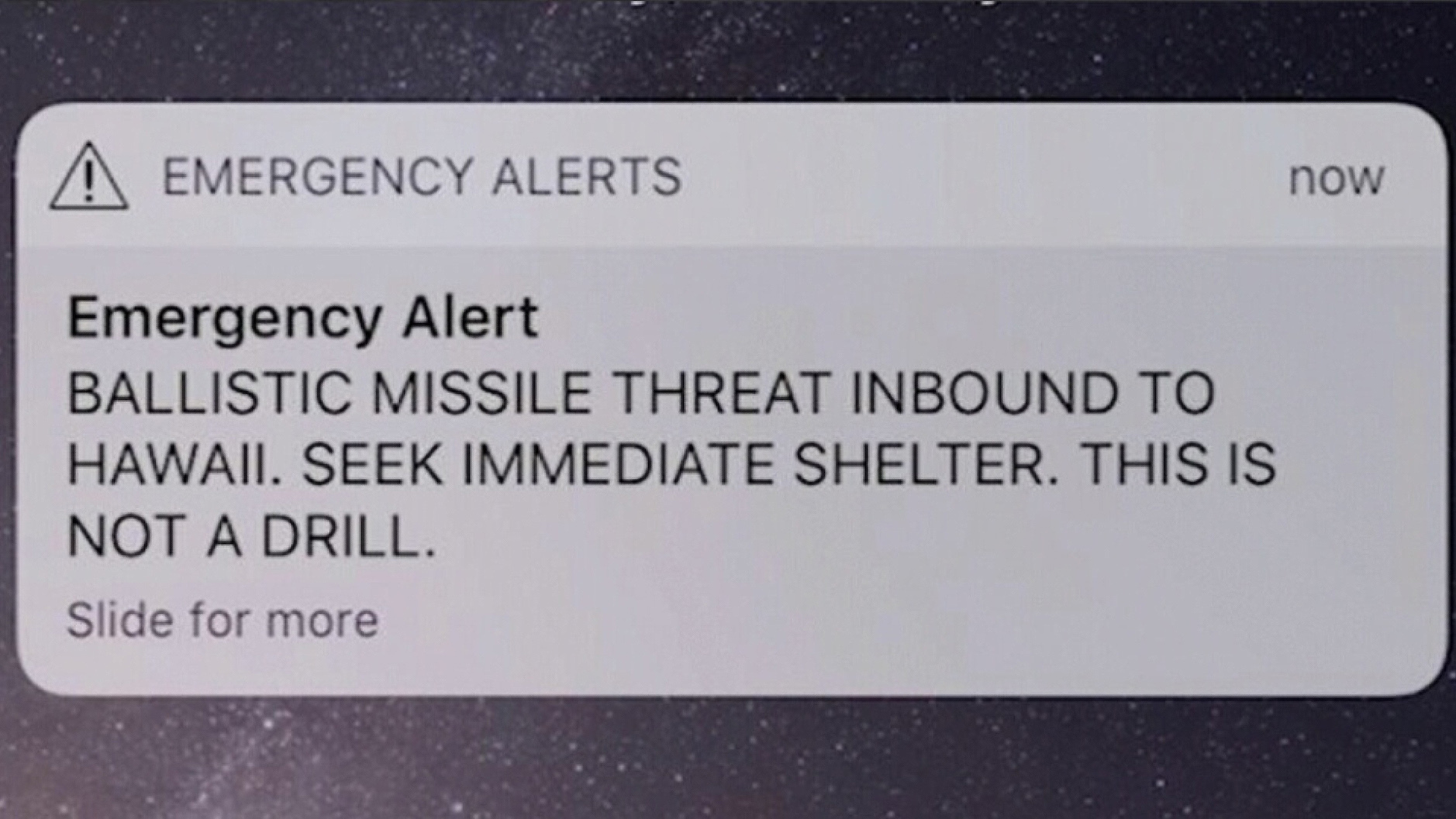 So back to the original question: Why design? For me, it all boils down to the fact that design is about putting people first. It's a means for me to use my creative ability to make a difference to the everyday life of users.

Apps basically exist to solve problems. “I can’t send messages between my iPhone and my friends Android Phone” - Whatsapp. “I need to be able to communicate with my work colleagues” - Slack. Or to use some of our own projects as examples: “I’ve got loads of unwanted books and dvds clogging up my house, help me declutter” - Ziffit. Or “I can’t afford such high train ticket prices, help me find a cheaper option” - TrainSplit.

Whatever sector the app is in, people are worth helping. If you don't wanna help them, why are you even doing this project? Is it to boost your own company's appearance in your industry? Is it simply an attempt to get rich quick? It has to come back to an underlying desire to improve the lives of people.

That's what we do at Brightec, we always design with people in mind. Sometimes that means compromising on what I personally prefer, because I know the end user is in a different context and thinks a different way. More than that, we want to be a company where people love working, and a company who clients love working with. You can read more about this in Josh's post about culture here.

But for now I’ll settle on this, so long as I’m able to use my creative skills to help improve people’s lives, I know I’ll be happy doing what I’m doing.