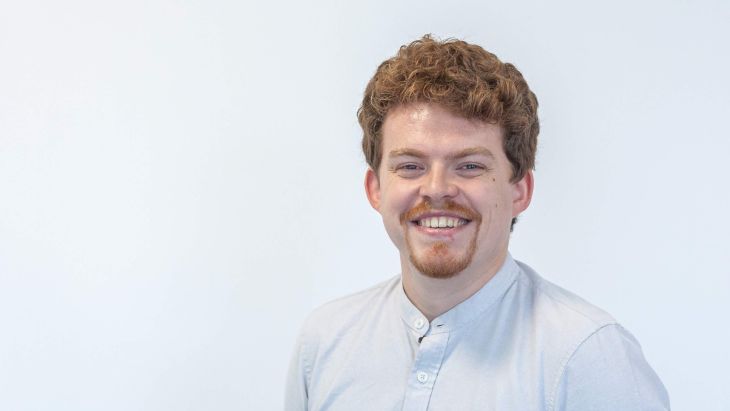 We’ve recently sat down with our newest recruit (and definitely not an alien) Alistair.

This comment probably describes most of the best Android developers. For them app development is part hobby / part vocation / part jumpers-for-goalposts playtime.

It all began with Pokémon

For Alistair the interest in app development all began with his first electronic device - A Gameboy (the original black and white one, of course) fully loaded with Pokémon Blue. From there a passion for gaming formed and a latent interest in Karate slowly died. For the record; Alistair rates Halo as the best game of all time with Star Wars Battlefront a close second and Call of Duty 4 coming in third.

He’s obviously never played Cannon Fodder or Sensible World of Soccer on the Amiga 500… Though a passion for gaming remains, this also mutated into an interest in app development in more recent years, mostly learned in his spare time.

Probably not an alien

Almost exactly 50 years ago, Warminster (in Wiltshire) was the scene of some of the UK’s most notorious UFO sightings. Rumours about aliens in the town persist; though Alistair, who grew up in the town, claims it’s merely a ‘lovely, small countryside town’.

I mean Alistair does have that peculiar third eye, and an unhealthy passion for mathematics, but he’s probably not an alien (we’ll keep you posted on that one).

From Warminster, Alistair moved to Birmingham to study Mathematics and there discovered his favourite app; the ever useful (particularly for those undertaking a maths degree) Wolfram Alpha.

Upon completion of his studies he begun to look for jobs in app development and through some hunting around on Google he came across Brightec.

Holograms are the future

To all our new recruits we pose a simple question - ‘If you had limitless budget, time & technology, what is the one app you’d build?’

Alistair's answer was perhaps the most creative so far: ‘I’d build some sort of live holographic projection for calls’. Like Skype on steroids we presume.

‘You could also use it for looking around new places (Google Maps on steroids) and it would be useful for gaming - being able to have a holographic projected map in front of you while you play’.

Not bad. One day we’re going to actually build one of these ideas. One day.